It’s been more than 40 years since the UN chose 8 March as the day to celebrate the power and efforts of women worldwide. A rallying call for feminists everywhere, it has thrown light on sexism and misogyny, while amplifying the voices of sisters everywhere. But with all the progress women have made, is it really still necessary?

These women show us it really is. And the millions of women around the world who are joining the International Women’s Day strike agree. While many will march, many others will stay home, showing their solidarity in other ways with all our sisters who are making fierce choices in the battle to have their basic rights respected. From the right to drive to the right to have their identities recognised, these fierce women – from every region in the world – are showing us that Women’s Day is as valid today as it was 44 years ago. 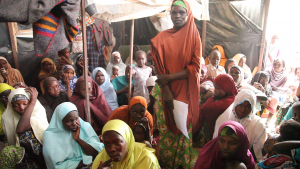 After surviving years under the brutal rule of the armed group Boko Haram in northeast Nigeria, hundreds of women faced violence and abuse by the military. Threatened, harassed and raped by those who were meant to protect them, a group of these women chose to get organised. Known as the Knifar Women, they are a growing movement of individuals forging a new narrative of survival, strength and justice. ”We again ask government to release our husbands and ensure we are reunited with our loved ones,” they say. Add your voice to their call. 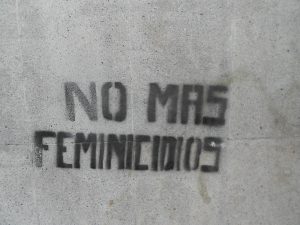 Nancy (pictured) and Esperanza have made the only choice they could: they’re demanding justice for the murders of their daughters, Alondra and Karla. Alondra was found dead in her apartment, having endured constant abuse from her boyfriend. Karla had accused her boss of sexually harassing her and was later found murdered at her workplace. Mexico has one of the highest rates of murders of women in the world. In 2017 alone, 3357 women were murdered there. Such murders happen in a landscape shaped by entrenched inequalities between the genders and a brutal devaluing of women’s lives. Esperanza’s dogged determination to have her daughter’s killer brought to justice has seen her threatened and harassed. But neither she nor Nancy are giving up. “I don’t want other girls to go through this,” says Nancy. “I do what I do in honour of Alondra’s memory.” Help Nancy and Esperanza today. 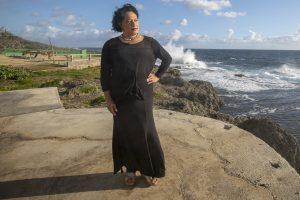 Joey Joleen Mataele, living life on her terms in Tonga

When Joey was 14, she chose to live as the woman she knew she was – a decision that put her at odds with family and school friends who only saw her as the male body she was born in. Joey is a Leiti, a community of – in Western terms – LGBTI+ people with deep roots in Tonga’s cultural past. Pre-colonial Tonga had a very fluid notion of gender which allowed Leitis, who include trans people, to thrive. But with the advent of colonialism and Christianity, attitudes towards Leitis have been tainted by prejudice. “When I was 14, I got raped by my father’s head of security,” says Joey. “My father said, ‘He asked for it.’ He told me so many times to stop acting like a woman. And I think that’s when I decided that I am not going to tolerate any more of this. I decided to leave school because I couldn’t handle the harassment, the physical abuse. That’s when I made the decision: I am going to be somebody someday.” Today, Joey defends the rights of Leitis in Tonga. 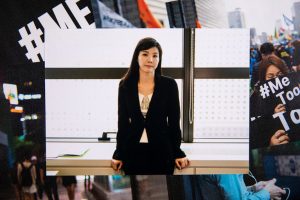 Seo Ji-hyun is a bona fide trailblazer in South Korea, spawning a #MeToo movement that has exposed several public figures for their acts of abuse. In January 2018, Seo, a public prosecutor, accused her boss of groping her at a dinner. When she complained, he retaliated by having her transferred to a remote town. In January 2019, he was sentenced to two years in prison for abusing his power. Since Seo’s courageous decision to go public, other women have followed suit, leading to a string of charges against a number of alleged abusers. “The only power I had was the truth,” says Seo. “And the only thing I could do was speak the truth.” Watch her story. 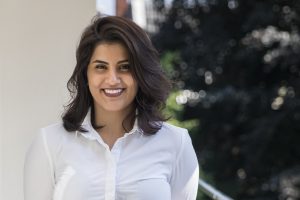 In a society where women’s movement and behaviour are controlled by men and the government, Loujain chose a different route. She’s made headlines around the world for her audacious efforts to secure freedom for women in Saudi Arabia. She once live-tweeted herself driving into the country from the United Arab Emirates – and was detained for 73 days as a result. An early proponent of the right to drive movement, Loujain and her fellow activists scored a victory for women’s rights when the driving ban was finally lifted in June 2018. But Loujain and other woman’s rights activists are still in prison, locked up since May 2018. Held without charge, they are accused of being “Agents of Embassies”, and have been tortured and sexually harassed in prison. In a recent CNN article, Loujain’s brother, Walid, said his sister is “the hero of many women and girls across Saudi Arabia and throughout the world,” adding: “We cannot stand by and watch her suffer.” Neither should we. Make your choice and support Loujain and her fellow activists today. 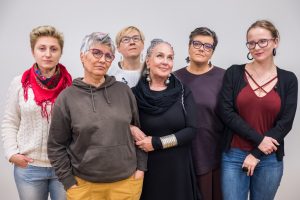 14 brave women say no to hate in Poland

When demonstrators called for a “white Poland” during an independence march in 2017, 14 women chose to defy the racism and fascism on display. Their message was simple: “Fascism stop”. But their choice – of equality and unity over hate and division – made them a target for attack. A group of demonstrators kicked, spat at and screamed at the women. “They first pulled away our banner, then started tearing our clothes and kicking us. I was kicked several times in my back,” recalls Elzbieta, one of the women. Instead of properly investigating the assault on the women, the authorities convicted them of obstructing a lawful assembly. On 13 February, a judge ordered the investigation into the assault to be re-opened. Now, the prosecutors must find the attackers – not justify their violence. The 14 women continue to stand strong. Let’s stand with them.

This blog was originally posted on amnesty.org