We recently welcomed Kumi Naidoo to the Amnesty movement. Kumi is Amnesty’s first ever South African Secretary General, and he began his new role here in South Africa on a listening tour – listening to the lived realities of human rights defenders in South Africa as well as the continent. 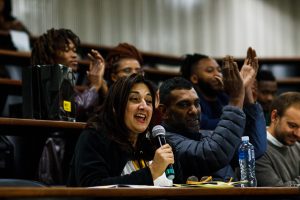 Africa is home to an estimated 1.2 billion people. Throughout the tour, Kumi’s message was clear: his vision is a bigger, bolder, and more inclusive human rights movement that will take action and mobilize against human rights violations on the continent and the world at large.

The group of people he believes most equipt do be the agents of this change is us, the 3.1 billion young people around the world… 226 million of us being young Africans.

The summit invited dynamic young people from our seven South African university chapters to debate issues we face, to tell the world what we wish for, and plant the seeds of a new tomorrow. 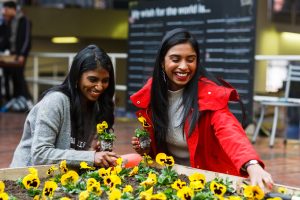 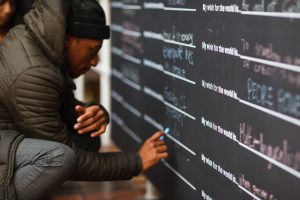 Kumi, along with our Executive Director Shenilla Mohamed, both attended, not as keynote speakers but rather as listeners and mentors. Kumi’s advice, after he had spent the day engaging with us, was ‘based on his observations’:

“The biggest contribution young people can make right now is to bring the freshness of perspective to old debates. If I’m being brutally honest, I think the that the older generation, which I am sadly now part of has run out of fresh ideas to a large extent. What this world needs is fresh thinking, fresh perspectives. As young people on this continent, you have to foster this and advocate for greater social, economic and political integration… If the EU can have a Euro, why can’t Africa have an Afro? I want you to sing with me ‘Phambili Afrika’ (Forward Africa).” 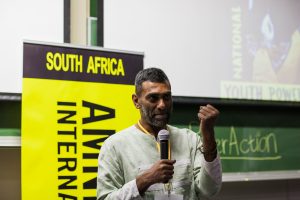 This may seem like a tough ask, but there are 3.1 billion of us, 226 million living in Africa who have the opportunity to unite, mobilize and take action.

We have dynamism and innovation on our side. This, coupled with our energy and understanding of the interconnected world, we can teach generations before and after us to formulate modern ideas of activism that can be galvanized into action. 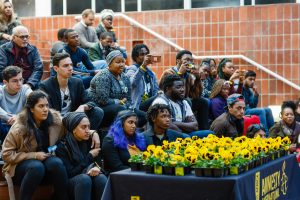 Youth activism through protests like #FeesMustFall here in South Africa, #MarchForOurLives in the US and The Umbrella Revolution in China has shown that young people are not apathetic or disengaged. Rather, we are savvy enough to know when to and how to change our approach to get older generations to listen to us.

We must work with older generations to not only “address the dispiriting abyss of youth unemployment”, but ensure that we, the young, drive the discussions that shape our lives and communities. The estimated 3.1 billion us needs to make it fresh and keep it fresh. 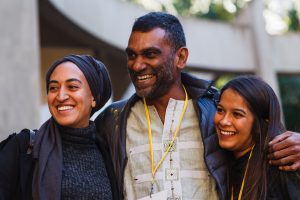 As a young African, I see the changes we are making and potential we can harness. We are the youngest continent in the world – 60% of us are under 25. By adding our voices to the narrative, making meaningful engagement, empowering one another, supporting one another, participating and engaging with one another we are realizing our human rights.

And Kumi is on board: “I want young people to know especially that we are open to you and need you to challenge us to do better by you. It is my abiding belief that young people are not the leaders of tomorrow, but the leaders we need here and now. The Ahed Tamimis, the Elin Erssons, the Sibongile Ndashes, and every single person that has not shied away from civil disobedience or being called naïve or idealistic are the bold role models we need today.”

We are an estimated 3.1 billion, 226 million of us live in Africa, Amnesty is a global movement of 7 million people, one third of those under the age of 25. With our fresh ideas, fresh perspectives, and fresh possibilities, we can change our world.